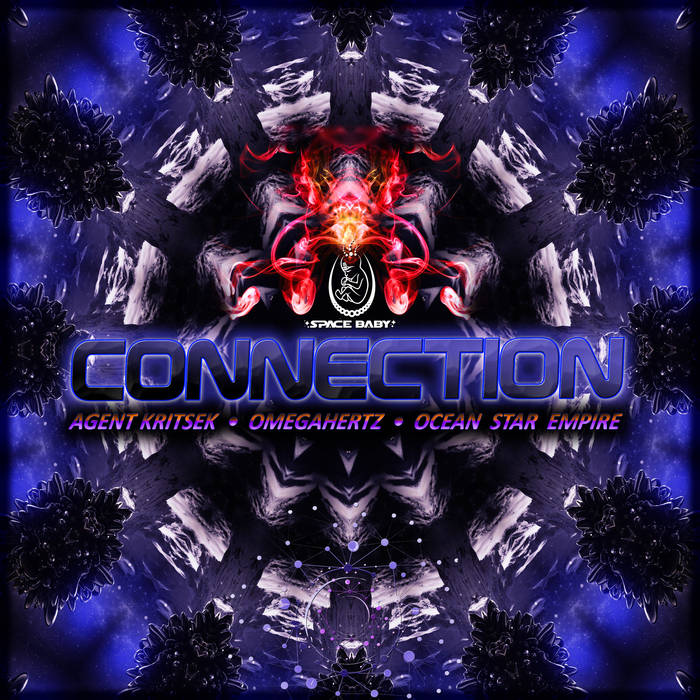 Connection Ep is the next collaboration Ep with Agent Kritsek & Omegahertz, including 2 remixes from Agent Kritsek to Omegahertz & Ocean Star Empire, 1 original previously unreleased track from Agent Kritsek, and a remix from Omegahertz to the track "Enlightenment" (Agent Kritsek & Spinney Lainey). This collection of 4 tracks consists of high dreaming frequencies, influenced from neoGoa to modern psytrance,with pumping baselines, groovy rythms and tricky breaks,maintaining the psychedelic feeling of euphoric
hypnotic trance and at the same time tingling the body with sensations..

Agent Kritsek is Alexander Markopoulos, born in 1981 and raised in Athens, Greece. Influenced from the late 90's underground scene and musical evolution, after piano lessons from a very young age,at the age of 15 starts experiment with music production around electronic music.After many experiments and musical influences all over the world, starts releasing his music to the spotlight at around 2011-2012 where he also makes his First Solo Album Cd in Savva Records.After many years of challenging evolution,he is still influencing the world through various releases and continuing to spread his wings as his soul speaks for it..

His style is mainly on the progressive sound.
Alexander focuses in rythmic basslines, groovy kicks and melodic sounds that make his music suitable for any dancefloor, transmitting his ever lasting energy to the crowd. Music is not about sound,is All about a story. My main objective is to create landscapes through music,crisp sounds,cutting edge surroundings, transforming sound into image,creating vibe through cinematic consciousness..

He has released a number of tracks and Ep's in labels such as :
Savva Records,Uxmal Records,Goa Records,Phoenix Groove Records,Digital Nature Records,Infinity Tunes,Sting Records,Geomagnetic,Human Technologies Records,and more,
and is continuing to spread with his musical releases, supporting many of the global underground scene labels and friends.

Agent Kritsek is now working on producing more of his music preparing his next releases soon. His aim is to participate in more events and festivals and drive the dancefloor in euphoria.
Check also his side projects : HUMAN REACTION //// MODUL8

In our releases, you'll find a lot of colors in a variety of musical genres such as : goa, forest psy, full on, psy prog, chill out, shaman sound etc.

Bandcamp Daily  your guide to the world of Bandcamp